Research into Attitudes about Social Change and Global Models of Governance

This paper presents the results of the empirical research “Cultural Orientation of Actors/Students, Interethnic Relations, National Identity and the Culture of Peace in the Balkans” performed within the macro project “Tradition, Modernization and National Identity in Serbia and the Balkans in the EU Integration Process” (179074). They are related to attitudes about democracy, social change and global management. The key issue of the research is how people perceive the functionality of democracy, whether they are satisfied with the situation and whether they support the democratic processes and democratic institutions. From the findings we can see that the authoritarian legacy consciousness burden the citizens of Serbia greatly, and in particular the examined population - university students. Confirmation of this was seen in the finding that the majority of respondents believe that the best global management model is technocracy. This leads us to the conclusion that our society does not have a fully developed and mature political culture yet since the people are still inclined to accept (personalized) authorities that are ultimately reflected in the state and the holders of state power rather than citizens and their associations.

Slobodan Miladinović, Ph.D. in Sociology, is Professor at the Faculty of Organizational Sciences, University of Belgrade. He graduated in Sociology at the Faculty of Philosophy, University of Niš (1983), and earned his Ph.D. degree at the Faculty of Philosophy, University of Belgrade (1999). He is a member of editorial boards of two scientic journals: Sociological Review (Sociološki pregled) and New Serbian Political Thought (Nova srpska politička misao). He has published six books and over one hundred articles in journals and anthologies. His major works are: Elite raspada (Elites of disintegration). Službeni glasnik. Belgrade. 2009; Etnički odnosi i identiteti (Ethnic relations and identities). FON. Belgrade. 2008; Društvo u raskoraku (Society in discrepancy). Nova srpska politička misao. Belgrade. 2008; Osnovi sociologije organizacije (Fundamentals of sociology of organization). FON. Belgrade. 2007; Uvod u sociologiju organizacije (Introduction to the sociology of organization). FON. Belgrade, 2003. 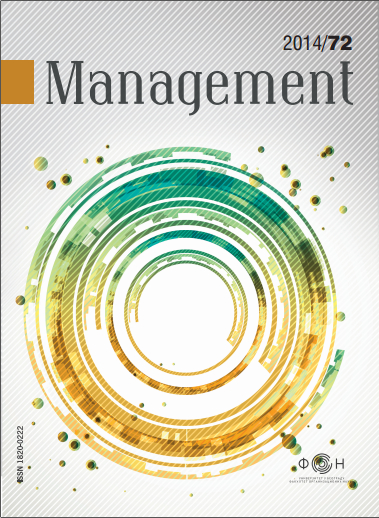