The Influence of Organizational Culture on Business Creativity, Innovation and Satisfaction

Tamara Lukic graduated at the College of Tourism where she earned a degree in Tourism. Afterwards, she entered the Faculty of Tourism and Hospitality Management at the Singidunum University where she earned a bachelor degree - manager for tourism. After graduating, she started postgraduate studies at teh Singidunum University and, after successful defense of her master’s thesis, she was awarded the title of Master of Economics. She works at the Singidunum University as a teaching assistant. She hasrecently defended her PhD thesis at the same University. She is the author of several scientific papers. She speaks English, Spanish, Italian and German.

Vladimir Džamic is assistant professor at Singidunum University for humanities and social sciences. He graduated at the Faculty of Political Sciences, University of Belgrade, Department of International Studies, with an average score of 9.46. He continued his master’s and doctoral studies in the field of globalization and earned his master’s and PhD degrees at the Singidunum University with the highest average marks. He is a member of the European Association of Political Science and a Deputy President of the Research Forum of the European Movement in Serbia. The author has published several monographs and scientific papers. He speaks English and French.

Slavko Alčaković graduated at the Faculty of Business in Belgrade, Singidunum University. He earned his MBA degree at Lincoln University and got his PhD in the field of marketing at the Singidunum University. He is the owner and chief editor of the Advertising portal Lumiere.rs. He is also a lecturer of ERP SAP module Sales and
Distribution. He is the author of many scientific articles. He speaks English, Spanish, German and French

Valentina Bošković completed her undergraduate and master studies at the English Language Department at the Faculty of Philology, University of Belgrade. Currently, she is pursues her PhD studies at the same Faculty (in the field of gender and language). Miss Bošković started her professional career as an English language teacher at the Singidunum University in 2010. At the moment, Miss Bošković is doing research in the field of sociolinguistics, business communication, discourse analysis, applied linguistics, cognitive linguistics and language and education. She has published several scientific papers about gender equality in the English and Serbian languages and about the social impacts on language changes. 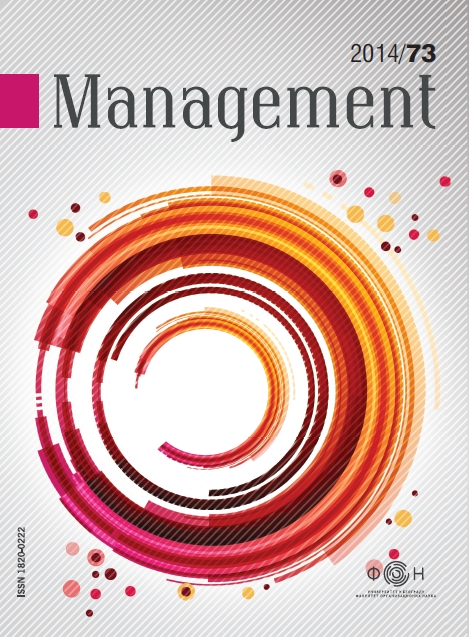